Post-colonialism has rightly been developed as a reaction to colonialism in those countries of Africa, Asia and Latin America where the colonial rule existed for centuries. It was initiated from the beginning of colonization through the native’s resistance movements.
Humayun Kabir 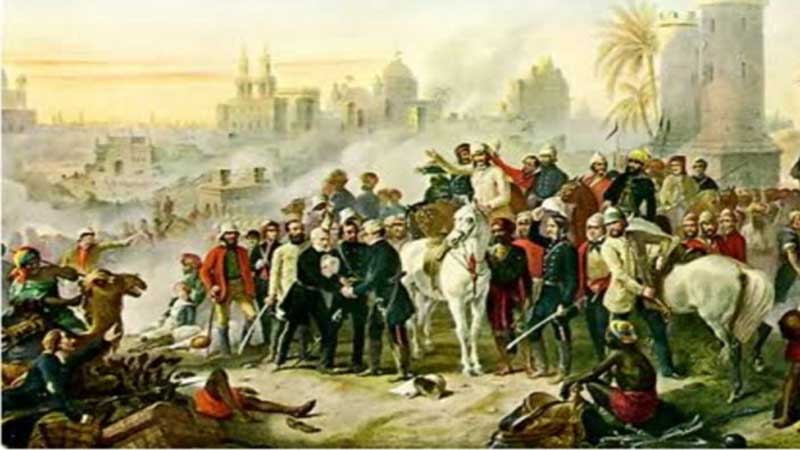 For last three decades many books and monographs have been produced by criticizing imperialism and colonialism. In spite of some difference in outlook among the writers, these are categorized as post-colonial writings.

The main theme of these writings is colonial rule, its negative impacts especially on the mind of colonized people and the process of decolonization. Writings on post-colonialism also deal with anti-colonial movements and its historical, political and cultural perspective of conflicts. During last three decades post-colonialist study has been established as a mode of thinking in academic area concerning literature and culture. Post-colonialism analyses the metaphysical, ethical and political concerns about cultural identity, gender, nationality, race, ethnicity, subjectivity, language and power.

Post-colonialism is an intellectual direction or theory started surfacing from mid-20th century along with the fall of European colonialism after the end of 2nd world war. It became part of the critical tool-box in the 1980s and many practitioners credit Edward Said’s (1935-2003) famous book Orientalism (1978) being the founding work. Prior to that, the name of Algerian Intellectual Frantz Fanon (1925-1961) is mentioned by the researchers as earlier thinker of decolonizing thought. His two seminal books Black Skin White Masks (1952) and The Wretched of the Earth (1961) are important works in which Fanon depicts the ugly face of colonization and delineates decolonizing process.

Post-colonialism has rightly been developed as a reaction to colonialism in those countries of Africa, Asia and Latin America where the colonial rule existed for centuries. It was initiated from the beginning of colonization through the native’s resistance movements. A critical application to revive, remake and regain the colonized people’s identity refers to the study of post colonialism. The influence of this theory forces the intellectuals of the Western and Eastern world to redefine their culture and tradition.

The British rulers often propagated the natives were uncultured, inhuman and illiterate. Such propagations created inferiority complex in the native mind and they were bound to take education under British system. As a result, local traditions of education collapsed and the people of peasant society of both Hindu and Muslim became poorer from the poor. In the colonial age spanning two hundred years, our culture, tradition and education had grossly been influenced and deformed. Last of all, the colonial powers left the colonies but in the habit, culture, character the mode of colonial supremacy exists and western hegemony remains in our thoughts and activities.

Indian Post-colonial scholars like Homi K Bhabha formulate the theory of Hybridity, Mimicry, Ambivalence, Subaltern studies in the light of the post-colonial thought. Gayotri Spivak is considered one of the most influential Post-colonial theorists. She wrote against intellectual colonialism prevailed in writings of the western intellectual. In her famous Essay “Can the Subaltern Speak?” She observed subalterns were represented as anonymous mute in Western cultures and writings. Bill Ashcroft, Gareth Griffiths and Helen Tiffin have written a theoretical account of a wide range of postcolonial texts and their relationship with bigger issues of postcolonial culture. Their book The Empire Writes Back: Theory and Practice in Post-Colonial Literatures (1989.) is very influential.

Bangladesh is still carrying the colonial impact as she was a part of undivided British India but seemingly lags behind in Post-colonial studies. As far as I recall, Dr. Fakrul Alam had written an article titled ‘Edward Said and Post-colonial counter discourse’ (Ekobingsha, December, 1995). He explored the essence and significance of Said’s Orientalism from fully academic angle. In the beginning of this century, Fayaz Alam started writing on post-colonialism seriously and with a steady pace. So far, he came up with three books---Uttor-Uponibeshi Mon (May, 2006), Bhasa Khomota O Amader Lorai Prosonge (2008) and Buddijubee, Tar Day O Bangalir Buddibrittik Dashotto (2012). All three books are written on theory and application of Post-colonialism. Masudujjaman writes two articles: ‘Uttar Upanibeshi Sahittatotto’ (2006) and ‘Postcolonialism and Bangladesh Literature: a brief outline’ (2020), Fakrul Chowdhury has edited a book named Colonialism and Post-colonial Reader (2007). With a small but meaningful preface this edited book contains 31 articles with two interviews and most articles are translations of foreign post-colonial thinkers. Writers of the different article included in this collection should be credited for introducing prominent theorist like Edward Said, Amie Césaire, Frantz Fanon, Bill Ashcroft and Gayotry Chakravorty Spivak etc to the Bangladeshi readers. Aminur Rahman writes an article under the title ‘Postcolonialism from Imperialism’(2006) Dr. Fazlul Haq Tuhin writes ‘Post colonial Poet Nazrul Islam’(2012), Najib Wadud writes ‘Uttar Oupanibesik Nisorgo’ (2013), Dr. Biswajit Ghosh writes  ‘Nazrul is in Postcolonialism’ (2014), Azizul Rasel writes ‘Buddijibir Day’(2015), Mojid Mahamud writes ‘Postcolonial discourse and Nazrul study in Dhaka’( (2016), Susanto Sarkar writes ‘Sahittatatto: Upanibesikota O Uttar Upanibesbad’(2017), Shimul Mahmud writes ‘Post modernism: Illusion and Reality’ (2019, and ‘Positive issue of Pastoral Poetry’ (2016). Shimul, by exploring huge area of Modernity, Post modernity, colonial modernity and history of Post-colonialism in third world context, tried to elucidate the interconnectivity among those theories and their necessity and applicability in the development of literary criticism. Adnan Hossain writes ‘Post colonialism in Literature: Movement of a new trend in Literature’ (2021), Mohammad Azam has profoundly discussed ‘Omiobhuson’s novel Modhu Shadhukhan’ in the light of Post colonial theory.  For last three decades the theory and application of post colonialism have been developing with multi dimensional approaches that open up a larger window of revaluation and rewriting of our national literature, culture and heritage.

There are two sides of Postcolonialism. One is theory and another is application. Dr Biswjit Ghose in his article on Nazrul work has firstly focused on the theoretical aspects of Post colonialism and then he has applied that in defining Nazruls role as a rebellious poet in British colonial age. Dr Ghose rightly opined, 'A different Nazrul can be traced out or redefined if his works are evaluated in the light of postcolonial approach or theory.’

Shimul Mahmud among other is a serious practitioner of post colonial theory in Bangladesh. In his article ‘Post Modernism: Illusion and Reality,’ he discussed modernity, post modernity, colonialism and post colonialism from point of view of a third world intellectual and tried to trace out the place of third world people like Bangladeshis in the development of modernity and post modernity. (Gotipoth, Webbgin, Dec. 2019). Shimul Mahmud observed that in spite of being a post colonial novelist Chinua Achebe had sharp inclination to the colonialism.

Shimul Mahmud thinks blind imitation of the west by a group of poets and writers of 30s deviated the natural development of Bengali literature from tradition. And we should essentially get advance with post colonial mind and thought in the core. That means---advance on decolonization.’ (‘The positive issue of pastoral poetry’, Porospor, Oct. 2016). Most of the writers mentioned above, except Biswajit Ghosh or Shimul Mahmud, have written only one introductory article on Post-colonialism as if they were informing us about this comparatively newer theoretical approach. But Postcolonialist poet and theorist Fayaz Alam is a stark contrast to the scenario. All of his writings and researches are done on postcolonialism

Fayaz Alam is most important theorist at this time in the study of Post-colonialism in Bangladesh. He has been writing for nearly three decades on theory of post-colonialism, the impact of colonial rule on our mind and society. His works intensely draw our attention to the internationally analyzed theory Postcolonialism as to redefine our history, culture, literary criticism and language. He tried to trace out the injurious impact of colonialism in the field of knowledge and culture and indicated how we could revive and reform our culture, language and traditional knowledge by decolonization process . He formulates his own way of thought about post-colonial theory and applied it to reconsider the colonial period of Bengali history and tradition. His theoretical speech and pragmatic approach are very relevance to constructive discussion in the post colonial situation in Bangladesh.

Fayaz Alam profoundly introduces post-colonialism to the Bangladeshi readers. As young blogger and activist Parvez Alam has rightly remarked, “Fayaz Alam, a well known writer and pioneering Bangladeshi post colonialist theorist, has been working for a decade on the issue of colonial oppression and its long term effects on the mind and life of the Bangladeshi people”.( ‘Intellectuals are Lonely Warriors’, The Daily Star, Feb. 25, 2012). And “The interest and serious thinking about Postcolonialism of many Bangladeshi young writer and activist has been intrigued by his writing and translation”. (Dainik Jagoron, May 6, 2021.)

His most important book is `Uttor-uponibeshe Mon (2006)’ in which he describes his thinking on Postcolonialism as a theory. This is a very influential book in the study of Postcolonialism in Bangladesh. As poet Wahid rukon wrote, “Two books by Fayaz Alam namely Uttar-Upanibeshi Mon (May, 2006) and Bhasa Khamota O Amader Larai Prosonge (2008) could be considered starting point of Postcolonial study in Bangladesh.”(‘Poetry of Fayaz Alam: A postcolonial analysis’, Pranthoswar, Feb. 2021) Alam was inspired by Post colonial thinkers like Frantz Fanon, Edward Said, Homi K Bhabha, Ngugi. He discusses theoretical side of post colonialism on Bangladesh perspective according to his own way. He formulates a pattern of critical approach grounded on postcolonial outlook through revaluating the Fakir-Sannashi mutiny’s history that happened in early British period. He also uses Post colonial point of view in the analysis of nineteenth century’s structural change of Bengali language. As a result, on the one hand we get a theoretical form of post colonialism in Bangladesh perspective and on the other hand, a clear conception about the place and process of application of this theory. Site of his interest is Bengali history, culture and literature. Fayaz Alam is conspicuously pioneer in post colonial studies in Bangladesh. Sharpness of thought and analytical depth of his writings profoundly instigate us to revisit our cultural history before the British age.

Fayaz Alam has really been able to formulate a theoretically effective form based on Postcolonialism through long time study, research and writing. In fact being inspired by the deep attraction to the root of his self, he tried to overcome the influence of colonialism. He also succeeded to instigate many Bangladeshi young in the study of post colonialism which is supposed to be spread to other area of studies in future. I would like to quote Parvez Alam again where he rightly remarked, “As always, Fayaz Alam has given us some tools of decolonization and it is we who must use them carefully.” ( ‘Intellectuals are Lonely Warriors’, The Daily Star, Feb. 25, 2012).

Postcolonialism is the most influential theoretical approach in the present day world. Intellectuals of the ex-colonies are eager to rediscover their real culture, history, tradition and philosophy as those were before colonial rule. In That case their only way is Postcolonial thinking process and ultimate decolonization. We are late to explore this new way of thinking. But we have started at least. And we hope more writers, intellectuals and researchers will come ahead to explore this area of study and help us earn real freedom from colonial slavery of thinking.

The writer is an essayist. Email: [email protected]

Where is the solution to the Rohingya crisis?

Impact of social media and social networks on human behaviour 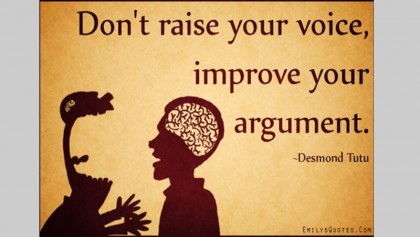 Argumentation is the critical process of sharing thoughts. It refers to some sort of cognitive skills related to critical thinking and reasoning. It is considered as one of the most essential skills to solve many complex issues in…

Allama Mashriqi and the Khilafat Movement

Where is the end of this tragedy?

Now the target should be the UNSC resolution