Grandmaster Enamul Hossain Razib emerged unbeaten champion in the 46th National Premier Chess Championship, securing 10 points from 13 matches at the end of the 13th and last round matches on Monday.

Bangladesh Chess Federation organized the meet, powered by Shah Cement, on the occasion of the Golden Jubilee of Country’s Independence

This was the 5th national crown for GM Razib.

Another Grandmaster Ziaur Rahman of Bangladesh Ansar, who won the national chess title 14 times, became the runner-up securing nine and half points.

Although Niaz dominated the meet with Grandmaster Razib till the 12th round, but he went down to 3rd slot after losing his lost match to International Master Mohammad Minhaz Uddin.

FIDE Master Mehedi Hasan Parag of Bangladesh Police secured the 4th position with seven and a half points.

International Master Mohammad Minhaz Uddin of Bangladesh Navy and Candidate Master Tahsin Tajwar Zia of Bangladesh Ansar have secured seven points each and will meet each other in play-off match for fifth place on Tuesday).

GM Reefat Bin Sattar of Bangladesh Ansar and GM Mollah Abdullah Al Rakib of Bangladesh Police earned 6.5 points each and they will meet each other in a play-off match for the 7th place.

Play-off matches for 5th and 7th position will be held on Tuesday from 3:pm at Bangladesh Chess Federation hall-room,

Most popular
On Sports

Bangabandhu BPL 2022 squads at a glance after draft

Tamim Iqbal gears up to return to cricket 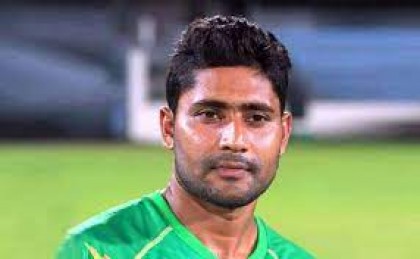 Comilla Victorians kept their trust on Imrul Kayes, giving him the responsibility of leading the side in the eighth edition of the Bangladesh Premier League (BPL) T20 tournament.      Kayes led the side to clinch their…

Virat Kohli: Why quitting was the only option for ‘cornered’ captain